In the year of Club’s 10th anniversary the tradition of thematic evenings has established an international outlook that associates representatives from more than 30 different countries. 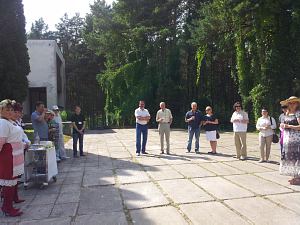 The event started off with a friendly tournament of beach volleyball where teams were able to demonstrate some high-class set of skills.
Team of referees and commentators were from Kazakhstan.

Ambassador of Ukraine to Latvia Anatoliy Oliynyk greeted the participants of the tournament and the guests of the evening and wished everyone success, amity, understanding and mutually beneficial international collaboration. 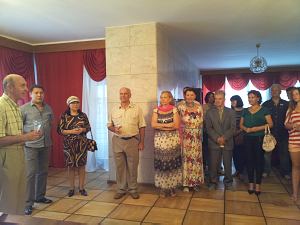 Afterwards guests were introduced with the modern Ukraine through a short presentation movie. Devastation of Ukrainian cuisine was accompanied by stories about traditions and potential opportunities in regions of Ukraine. 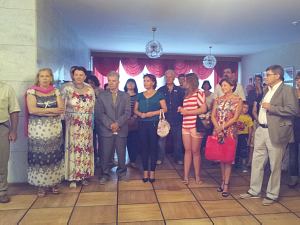 Evening participants were offered to enjoy many musical performances: singer Vasilisa, soloist of the Latvian National Opera, performed enchanting Ukrainian and Latvian melodies.
Sanatorium music band made a surprise – they sang Ukrainian folk songs about varenyky…, which may be different, with potatoes, cottage cheese, cherries, strawberries …

During the evening a chess tournament was held. It was won by Viktor Daniloh, director of sanatorium „Janatrnij bereg.“ 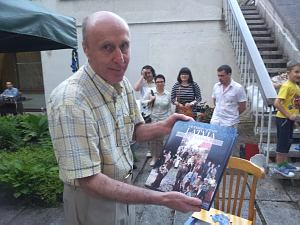 On behalf of the Club the Ukrainian ambassador Anatoliy Oliynyk received a book about Latvian history and modern development, in memory of the evening

The Club Members expressed their gratitude to Andrey Kozlov, the secretary of the Embassy of Ukraine, for his huge personal contribution to the preparation and guidance of such a memorable Ukrainian evening in Latvia, on the seashore. 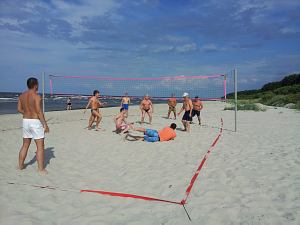 10 year anniversary of the Club made a foundation for a new summer tradition of the Diplomatic Club – silent is the Ukrainian night… in Latvia! 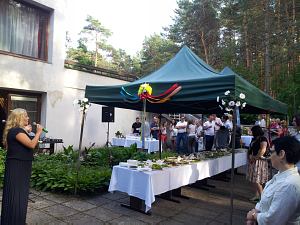 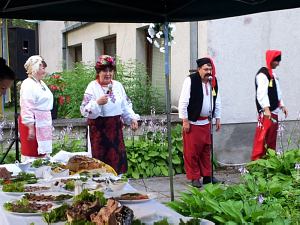