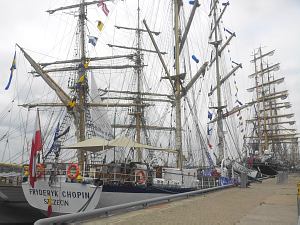 The captain of «Frederick Chopin» brig Tomash Ostrovski and his mate told the history of the brig and about voyages. Showed the cabins and everyday life of brig’s crew. 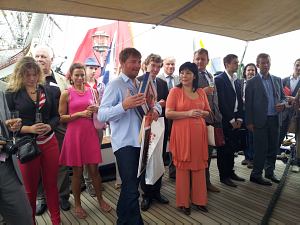 In the name of Diplomatic Economic Club the Diploma of the Club and book about the history of Latvia was presented by David Tomashewski to the captain of the brig.

The members of the Club and guests wished «the leading wind and seven foots under keel» the captain and the crew of «Fryderyk Chopin»! 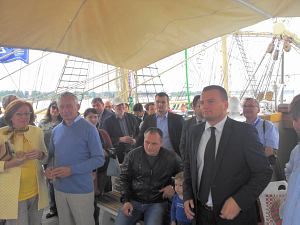 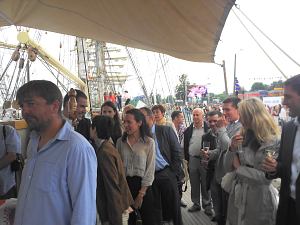 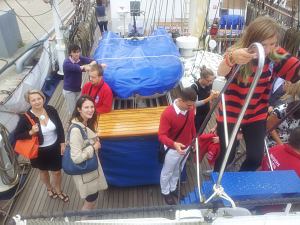