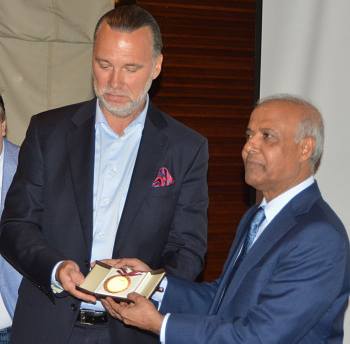 Saiful Hoque Ambassador Extraordinary and Plenipotentiary of the People's Republic of Bangladesh was awarded the Honorary Medal of the Diplomatic Economic Club "For Contribution to the Development of International Trade and Economic Relations"
At an evening at the Diplomatic Club in Riga, an Honorary medal was awarded by Andrey Pavlov, Member of the Club Council, director of the Venden group 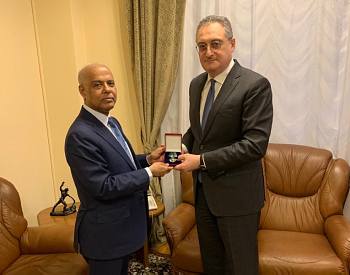 On November 29, Deputy Foreign Minister Igor Morgulov presented Ambassador of the People’s Republic of Bangladesh to Russia Saiful Hoque with the badge For Cooperation established by the Russian Foreign Ministry. The ambassador was awarded the badge for his significant personal contribution to strengthening relations between Russia and Bangladesh. 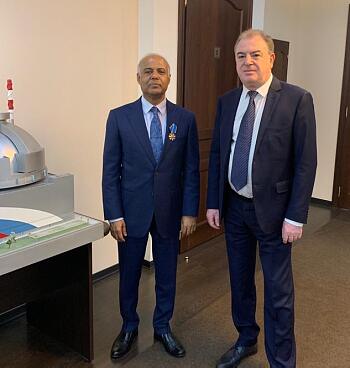 Ambassador of the People's Republic of Bangladesh Dr. Saiful Hoque in the autumn of 2019 finishes his diplomatic mission in Latvia, Russia, Belarus and Lithuania, which began in 2010

Ambassador Dr. Saiful Hoque in September 2019 was awarded the Order For International Cooperation in the Nuclear Field
In Bangladesh, it is being built the country's first nuclear power plant "Ruppur" NPP.

The award was presented by the Chairman of the Board of Directors of Concern Rosenergoatom JSC, First Deputy General Director for Operations Management of the State Atomic Energy Corporation Rosatom Mr. A.M. Lokshin. 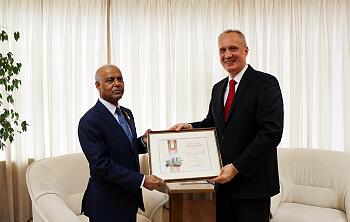 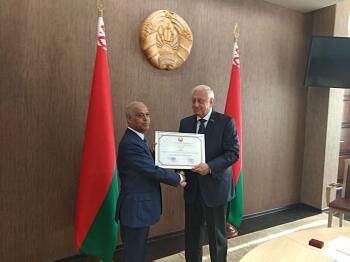 On October 29, Chairman of the Council of the Republic of the National Assembly Mikhail Myasnikovich met with the Ambassador of Bangladesh, Dr. Saiful Hoque 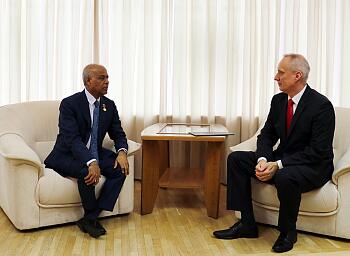