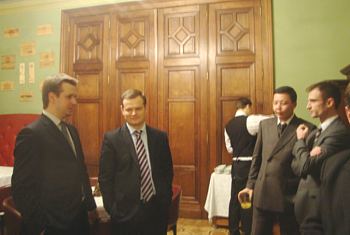 On January 27th in Gallery Park Hotel Pavel Bredihin held meeting of the Club due to the end of his business trip as Second Secretary of the Embassy of Russia in Latvia. 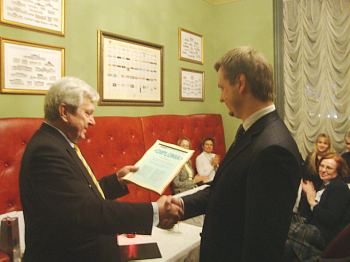 Evgeny Tihonov, Honorary President of the Club, Counselor of Russian Embassy in Latvia, presented Diploma of the Club and read out the decision to reward Pavel Bredihin with the Medal „For the success achieved in the economic relationship development between Russia and Latvia“. Souvenirs from the Club members were presented too.
Members of the Club wished best regards to Pavel Bredihin, success and achievements at a new workplace.
Diploma and Honorary Medal of the Club.