UNIMARS group – service on the land and in the sea 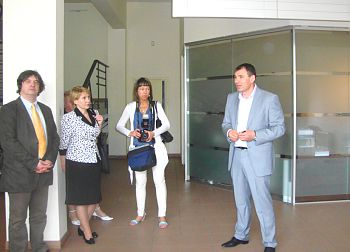 On the 12th May members of the Club visited the group of enterprises of the maritime holding Unimars. The companies of the holding are specialised in providing ship-owners with the full spectrum of services within marine business. This includes ship management and operation, maritime training centre,
supply for the ships: technical, food, bonded, catering services.
set of services related to the delivery of navigation maps and literature, correction and tracking of the collections;
verification and certification of rescue means;
maintenance, design and installation of the radio navigation equipment;
repair of different types of ships, maintenance and service of electro navigation, radio navigation and radio location equipment.various types of ship repair, installation and maintenance of the electro navigation equipment, navigation and radar systems.
Director of Umimars group Oleg Butenko, member of the board Konstantin Jakushin, director of the maritime training centre Novikontas Aleksandr Hropenko, and director of Uniservice, Unimarine and Unibowling Aleksandr Doroshenko presented the departments and companies of the holding.

Maritime centre Unimars is a multi-functional complex, and is the only one of this type in Europe. Here is located the infrastructure of Unimars Ship Supply, — a  modern logistic centre with storage space, equipment, station for verification of emergency and rescue equipment, many of the Unimars holding offices and companies’ related to it, a recreation centre, which is considered to be a Seamen’s Club, and includes a hotel, a restaurant, and a bowling. 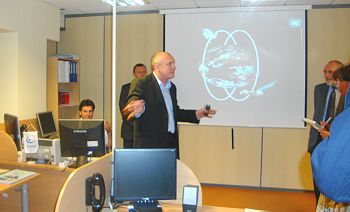 The founders of the company, Oleg Butenko and Konstantin Jakushin, in the middle of the 90-ties came back home from one of their sea voyage’s, and understood: it’s time for changes, and made a conclusion that one can earn money on the land, at the same time not getting far from the sea. They started with the supply services for the ships – first of all offered provisions to the ship owners, then technical service for the fleet. Several years later they managed to become the biggest company in their field in Latvia.

In 2001 on 17 Duntes Street in Riga had grown a multifunctional maritime business-centre. Continuing the development of the company in 2004 there was built a complex, which shape reminds a ship. The name of the centre is Unimarine Business centre, where one can find offices of the marine companies and maritime training centre Novikontas, where on modern simulators it is possible to model any port and different weather conditions. 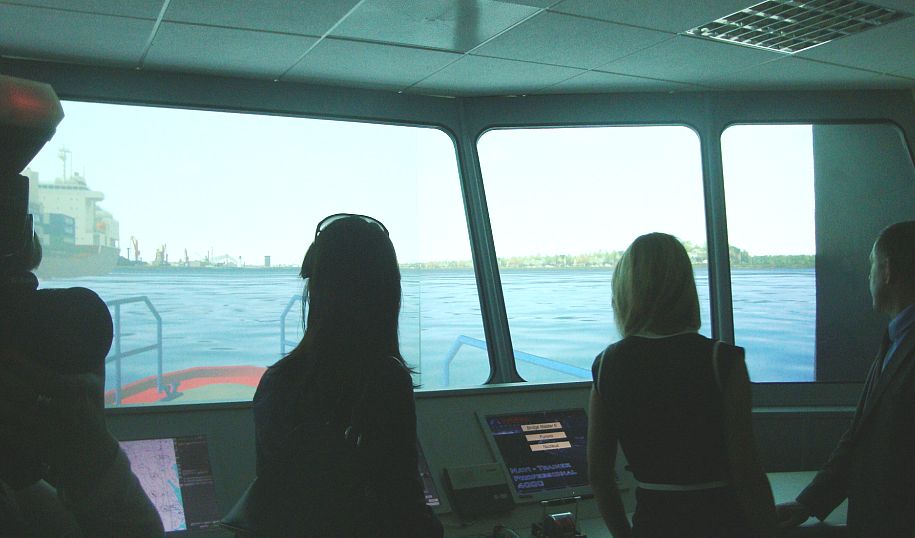 
Company UNIMARS one can consider as the only in Baltics, which can offer services of that level and quality. Despite the difficulties, which emerged several years ago due to the world economic crises, management tries to protect themselves and the business from the new economical shocks. The cut of the fleet, which had to be done due to the external factors, was managed in a way that the quantity was transferred into quality. At the moment the company employs 100 employees on the shore, as well as it has 4 vessels and 1 is in the process of purchase. Brach offices of the company are operating in the Baltic States and in Kaliningrad. 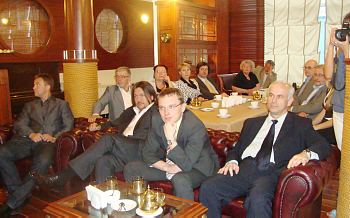 Completing the familiarisation with the departments and operation of the companies of Unimars group, Oleg Butenko and Konstantin Jakushin continued the story in the Club and answered questions from public.Oleg Butenko’s hobbies are helping him also in business. One of them is hockey, which was his passion from the childhood, and the other – music, which now helps to unite the whole diversified business of the holding in ‘one composition’. 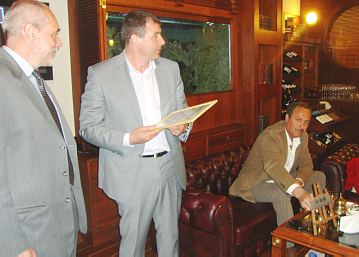 President of the Club, Counsellor of the Embassy of Hungary, Janos Rekasi thanked O.Butenko, wished further development and good luck in business, and presented him a special Diploma and a Sign of the Club.

Diplomatic Economic Club® »  UNIMARS group – service on the land and in the sea »  Views: 10212   Diplomatic Club