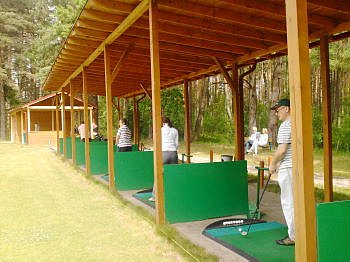 On the 18th June the Diplomatic Club held the annual Golf Tournament amongst the Club members and their families at „Viesturi“ Golf Club course.
On the golf course for trainings some of the participants were for the first time and had to learn the basic rules of playing golf. However, that was not a barrier for them to become winners in the following competition! 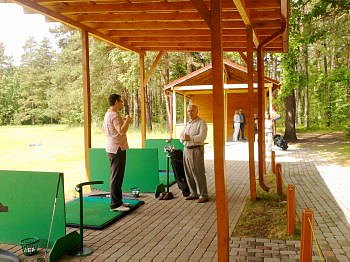 Daniel Grzenda and Valery Roldugin are two of the Club members, who are not new in golf. 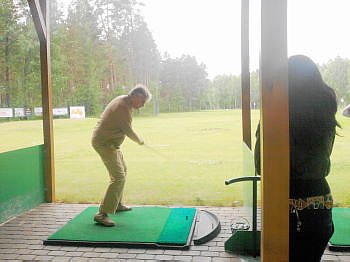 Cornelis J. Groeneveld is taking part in the tournament not for the first time. 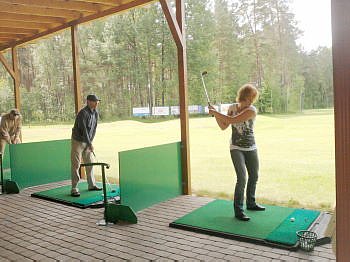 Edgar Ozolins was taking part in the tournament for the first time and became a winner, got the Diploma and the honorary prize for the 1st place. 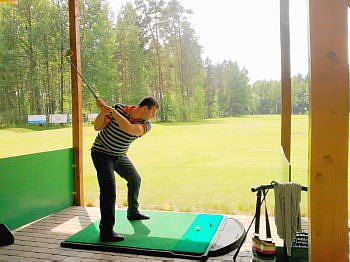 Oleg Butenko – the ice hockey experience helped to throw the golf balls correctly in a training , but in competition… 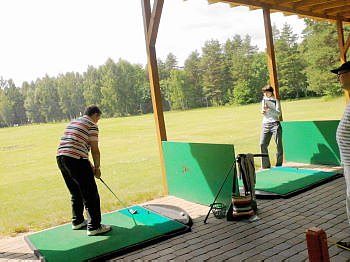 The tournament was easy and complicated at the same time: the results showed that only 2 out of 20 participants managed to throw the golf ball into the basket in the first round. Each participant had 3 tries in the round. Only in the second round some more players – Sergey Smirnov, Antra Roga and Vjacheslav Butenko managed to throw their golf balls into the basket.
As a result the winners of the Club Tournament became:
1st place – Edgar Ozolinsh
2nd place – Karina Kokina
3rd place – Sergey Smirnov
4-5th place – Antra Roga and Vjacheslav Butenko 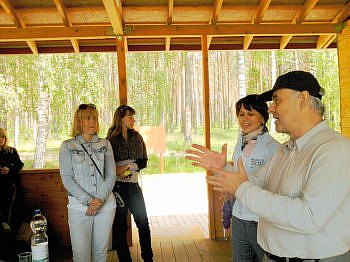 At the meeting of the Club members at the event an induction of the new members also took place :
— Mr. Daniel Grzenda, Deputy Head of Mission at the British Embassy Riga
— Mr. Vladimir Lopatko – company Belneftekhim.
Members of the Club voted for the Vice Presidents of the Club. Unanimously they became :
Mr. Cornelis J. Groeneveld – Counsellor of the Embassy of Netherlands
Mr. Oleg Butenko – Director of the company „Unimars“ 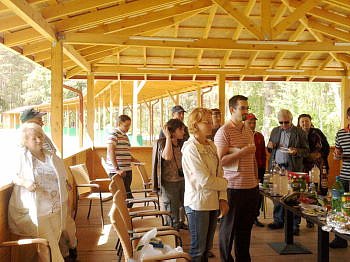