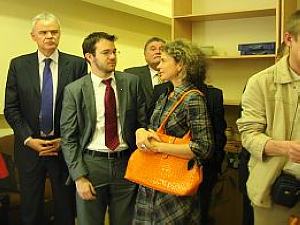 On the 19th May, at the invitation of Sergey Trachuk, the Member of the Mottra Executive Board, the Club Members have visited fish farm and caviar processing factory.
The factory of the Mottra company is located near Riga and it is thoroughly reconstructed from and an old trout fish farm that was built in 1980s, during the Soviet times. The overall water volume is 4200 m3, and there are 5 different size fish tanks.
The factory is one of the biggest closed system recirculation plants in Europe.

Mottra was founded in 2002 and its main aim is to produce caviar. During the next 6 years the company was working hard to produce high-quality product. Mottra claimed to be the company producing the environmentally safe product. 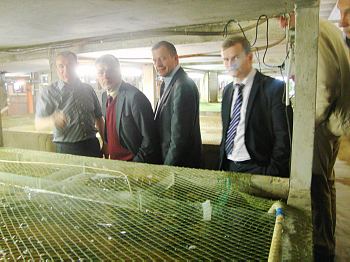 Mottra is Russian and Latvian joint venture, so Russian resources were widely used; experts and technology had been brought to Latvia. The similar technologies all over the world were also looked at; as a result, an unique factory was developed.

The main difference that distinguishes Mottra from other manufacturers is as follows – Mottra cares about fish. During the caviar production, Mottra takes the artesian water from the 150m beneath the ground and then continues the water purification, so it turns to the drinking water. This is a colossal advantage over the fish that inhabit natural surroundings due to the absence of heavy metals, radionuclide, pesticides, dioxins and other by-products of human activity. 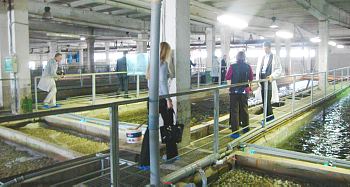 Mottra uses the feeds that are guarantee to quality and ecological properties of goods.
The approach in harvesting caviar is fish friendly — sturgeons are milked or „striped“ of their eggs rather than being culled or performing a cesarean section. The fish receives a stomach massage that stimulates the natural process of releasing the fish eggs.
The production of Mottra Caviar has not changed for centuries. No preservatives or chemical additives can be found in caviar and the fish; only salt is added. 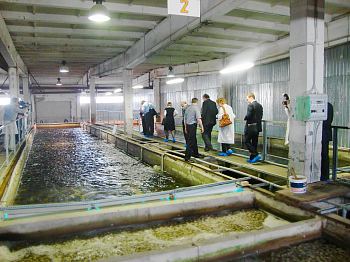 Second important difference is the absence of seasonality. The factory produces caviar throughout the whole year by carefully restraining the caviar aging, which is impossible to process in environment. Mottra produces fresh caviar all year around, so even in December it will be as fresh as in spring.

Caviar is striped of the sturgeon (Acipenser Baerii), natural habitat of which is Russia. OSETRA is the most common fish for the best caviar in the world. The word OSETRA is derivation from the Russian word ОСЁТР which means sturgeon. 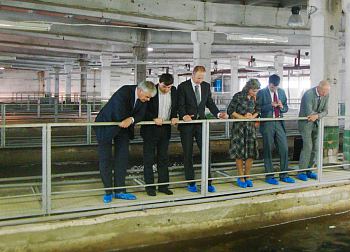 Caviar is also striped of the starlet (Acipenser Ruthenus), natural habitat of which is also Russia. Starlet is the smallest type of sturgeon. It is famous for its amazing gustatory qualities. In comparison with caviar striped of sturgeon, starlet caviar is smaller, but it has a special taste. 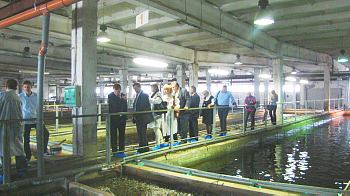 The Club Members expressed their gratitude to the Mottra for the distinctive in Latvia factory prudicing the product successful worldwide. On the behalf of the Executive Board of the Club, Cornelis J. Groeneveld has wished a further success in the development of company and presented the Club Diploma to Sergey Trachuk, the member of the Mottra Executive Board. 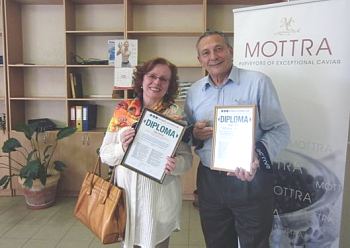 Baltic-course.com magazine is celebrating its 15th birthday. Olga Pavuk, the publisher and the editor of the popular magazine, and Eugene Eteris, the editor of English edition of the magazine, were presented Club Diploma. We wish you success!