The Birthday of the Queen of the Kingdom of the Netherlands 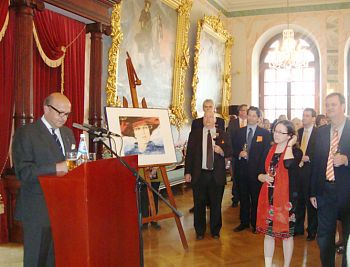 On the 28th of April in the Blackhead’s House in Riga the Ambassador of the Netherlands in the Republic of Latvia Mr. Jurriaan Kraak and his wife held a reception on the occasion of the national holiday or Queen’s Day which is celebrated on the 30th of April and is believed to be the main holiday in the Netherlands. The travelllers who visit this country are surprised by the Queen’s popularity among the cold-minded Dutchmen. The Queen Beatrix has been in the reign for more than 25 years and she has an enormous influence on the political life of the country.

In the Netherlands the royal dynasty was formed in 1815. From the 1890 the following successors have been the women. When her mother Juliana proclaimed the independence of Indonesia and Suriname and abdicated on 30 April, 1980, Beatrix succeeded her as Queen of the Netherlands.
30th of April is the Juliana’s date of birthday, but Betrix was born on the 31st on January. For 32 years of the Queen Juliana’s reign the Dutch got used to celebrating her birthday on the 30th of April. When Beatrix succeeded her mother, she made a decision not to change the date of the holiday. Furthermore, Juliana abdicated on the day of her birthday, but Beatrix acceded to the throne on the 30th of April, 1980. Although the birthday of the current Queen may be on another date, the celebration of the Queen’s day is always on the 30th of April. However, the ceremony is carried on the last Saturday of the April.

This date becomes the national holiday, and every person in the country has orange dress for it – bands, garlands, balloons and flags — a part of the street decoration — are also of orange color. Orange crowns are in special demand. National flags and the Queen’s portrets can be seen everywhere. 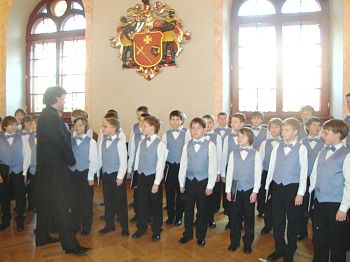 The holiday begins with the Queen’s night the day before. The most interesting event takes place in the Hague, where the Queen’s palace is situated. In the Hague the Big Musical Festival is organised, so the city centre offers you the attractions, game-playing machines, carrousels and open-air stages. In every corner of the city centre you can see the stands with the choice of soft-salted herring, which is the most favourite national dish. The main hallmark of the Queen’s night is the presence of the loud joyful music.

Magnificent celebration is held in Amsterdam. The traffic in the city centre is stopped in the morning.Whole Amsterdam participates in carnival; concerts, dances, extremeless fun – especially in Vondelpark. The most joyful place is Ladies Square situated in the front of the Queen’s palace, where both the young and the old sing and dance for the whole day. Police is forbidden to interfere, so the celebration has no limits. By the afternoon it is impossible for trams to drive through the crowd. A barge is the only possible means of transport. 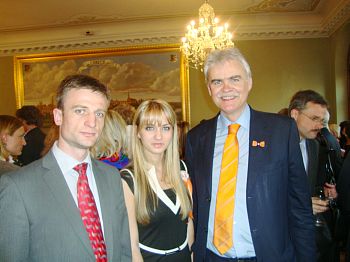 Freemarket is organised on the same day in Netherlands. According to the Queen’s order, on the 30th of April all shops are allowed to sell products without VAT, so you can buy various goods cheaper. There is a lively trade throughout a city: children sell toys, young people offer sports equipment, whereas relatives sell cheese and tulips.

The main event within the Queen’s Day is the Flower Parade. Flowers (and milk products) form the basis for the Dutch export. The Netherlands is the 3d country in the world to export the agricultural products. However, only 5% of the country population is employed in agricultural sector. 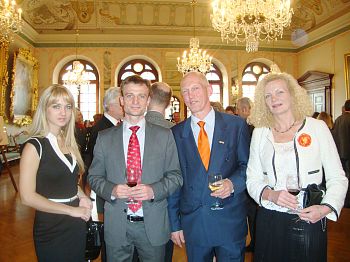 Right for the Queen’s Day tulips are in blossom. The Dutch are cultivating the flowers during the whole year in order to form the big flower figures that are participating in the Flower Parade. The road from Alsmer, where the parade begins, to the Amsterdam is ocuppied by the people with bunches of flowers.

Diplomatic Economic Club® »  The Birthday of the Queen of the Kingdom of the Netherlands »  Views: 5792   Diplomatic Club