Reception of the Embassy of Poland in Riga

Reception of the Embassy of Poland in Riga took place on the 4th June, commemorating the National Holiday of May 3rd / the Constitution Day of Poland, and the 25th anniversary from the day of the first democratic elections, which took place in 1989. 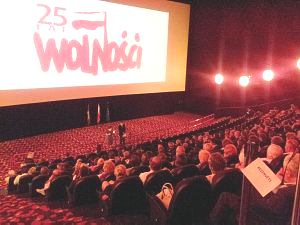 The Ambassador of Poland H.E. Mr Jerzy Marek Nowakowski , the representatives of the Ministry of Culture, and bureau Riga 2014 welcomed the quests. At the event was introduced the program of Polish films festival in Riga.

Every year Poland is celebrating May 3 National Holiday (Swieto Narodowe Trzeciego Maja), which is also called May 3 Constitution Day (Swieto Konstytucji 3 Maja). The holiday is devoted to the anniversary of the state’s constitution ratification in 1791. Polish constitution is the oldest in Europe, which was adopted a half year earlier than the French.

Within a year, as a result of the territory division between Prussia, Russia and Austria, Poland had lost its independence. The country was restored only in 1918. 3rd May was declared an official holiday.

In 1990 the Constitution Day Holiday was restored and declared a National Holiday.

The Ambassador of Poland H.E. Mr Jerzy Marek Nowakowski congratulated guests on the holiday, wished success and prosperity to the nations of Poland and Latvia. 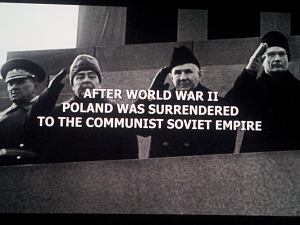 During the reception there was shown the movie of Andrzej Wajda. „Walesa. Man of Hope" .  „Walesa. Man of Hope" .
The movie tells about Lech Wałęsa, the electrician from the shipyard in Gdańsk, who participates in the local protests against price increase for foodstuffs during the 1970s. After the first arrest he was forced to sign papers for co-operation with the Polish Security Service. The Security Service later appears in his life several times. Soon the country becomes economically stable, and Lech Wałęsa is trying to earn money in order to support his beautiful wife Danuta and his children. The situation changes when once in the train he meets the heroes of the movie „Man of Iron“, who were distributing the opposition movement leaflets. Wałęsa sees that the party is not fulfilling its obligations given to workers, thus he gets more involved in the creation of independent trade unions. In August 1980 workers from Gdansk shipyard and the trade union „Solidarnost“ under Wałęsa supervision are starting mass strike, which had changed the history of all the Eastern Europe.