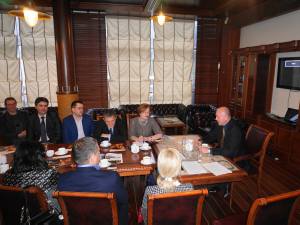 On 2nd April at the meetings in the Diplomatic Economic Club the Ambassador of the Czech Republic in Latvia H.E. Mr Pavol Šepel’ák spoke about the current tendencies in the development of trade-economic relations between Latvia and thy Czech Republic. 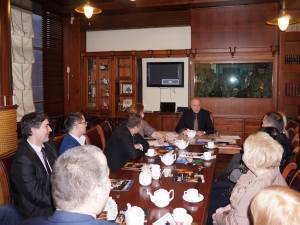 The main industries in the Czech Republic are fuel and energy, metallurgy, machinery, chemical, light and food production. Czech Republic has the most stable and successful economic systems.

Ambassador H.E. Mr Pavol Šepel’ák also told the story of his Diplomatic path: he has studied in the MSIIR (Moscow State Institute of International Relations) and Oxford. Then he worked as an Ambassador in Pakistan and Luxembourg, and held different Diplomatic positions in international organizations in Switzerland and USA. 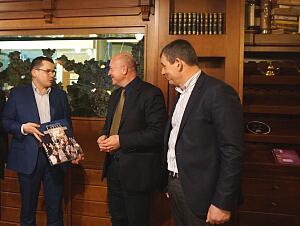 Members of the Club thanked the Ambassador for the very interesting meeting, and wished him success in his job.

Vice-presidents of the Club Andrey Kozlov and Oleg Butenko handed to the Ambassador a historical book about Latvia as a souvenir to remember the meeting in the Club. 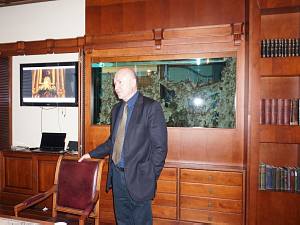 Olga Pavuk (the magazine „Baltic course“) baltic-course.com in her article about the meeting noted :
"H.E. Ambassador considers the development of the economic connections between the Czech Republic and Latvia as very important.
If we compare the trade turnover between our countries in 2004 and now, it has grown 2.7 times during ten years, — from 98.3 million EUR to 265.8 million EUR in 2014. However, comparing the turnover in 2014 with 2013, figures show that it has dropped by 18.1% ( in 2013 it was marked a record growth of 324,6 million EUR). The trade balance currently is in the Czech Republic’s favor: export last year made 192.9 million, import 72.9 million EUR.“