Belgium and Flanders: your gateway for business with Western Europe 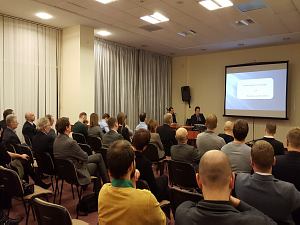 Commercial counsellor of the Belgian Embassy Frank Van Eynde  in his presentation " Introduction on Flanders + cooperation possibilities and innovation in Flanders " captured economic, financial, infrastructural and seaport development aspects. A separate discussion was dedicated to the topics of culture and tourism in the region of focus. 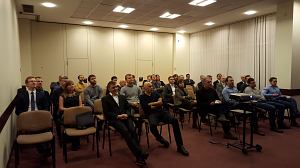 Belgium is inhabited by around 11 million people, including 6.3 million Flanders which as around 60% of the total population.
Administrative region split is relatively complex. Flanders — one of the three regions of Belgium, alongside with Wallonia and Brussels. However, Brussels is not only an individual region, but also the main city of the Flanders, as well as the capital of the whole of Belgium and the European Union. In addition to the regional division in Belgium, there are three linguistic communities: the Flemish (Flemish Region and Brussels-Capital Region), French (Walloon and Brussels-Capital Region) and the German lingual (part of the province of Liege). 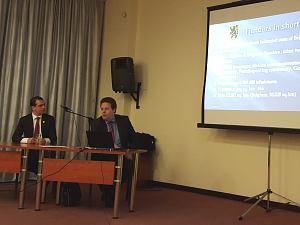 Latvian businessman Gilad Regav and the company Windfire shared their experience of running a business in Flanders, about local mentality and relations among people.

Presentations at the meeting. Frank Van Eynde and Thomas Castrel Belgium and Flanders: your gateway for business with Western Europe *.pdf

The event was attended by Club members and Latvian businessmen.
Participants expressed their gratitude to Frank Van Eynde and Tomas Castrel for the given chance to get more familiar with new business opportunities.