Development of potential of Uzbekistan in modern conditions 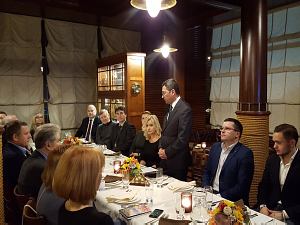 On the 19th November in the Diplomatic Economic Club took place a meeting with the Ambassador of Uzbekistan in Latvia H.E. Mr.Afzal Artikov. During the meeting Ambassador told about modern development of different fields of economy of his country, about tourism, trade, cultural and educational relations development with Latvia.

Important news for business and economy of Latvia was that it is planned to create here a common hub for processing of Uzbekistan cargoes, which are transported to Europe. 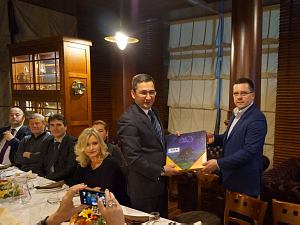 During independence years Uzbekistan economy has grown 5 times, each year GDP of the country grows per 8% and, as per international finance and economical organization’s evaluation, Uzbekistan has 5th place in the world amongst the countries with rapidly growing economy. Population income has grown 9 times during last 24 years.
Ambassador of Uzbekistan replied to the questions from members of the Club.


Andrey Kozlov, Vice-president of the Club, thanked Ambassador for interesting conversation, and presented him a book about Latvia from the Club. 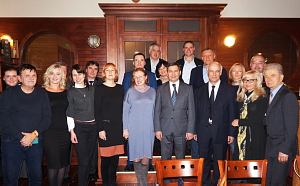