Club members are shifting the workplaces, learning new skills, moving to higher positions in the career. 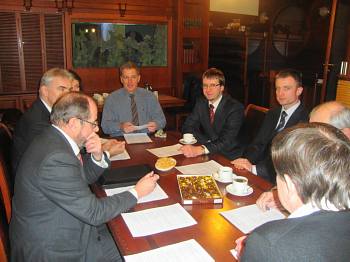 Cornelis J. Groeneveld — President of the Club, Counselor / Deputy Head of Mission Embassy of the Kingdom of the Netherlands in Latvia (2008-2013).
After completing the mission in Riga, has worked in Iran and China. In the year 2020 was appointed as the Head of the Department for Consular & Operational Affairs in New Delhi, India

Mats Arne Staffansson — Ambassador Extraordinary and Plenipotentiary of the Kingdom of Sweden to the Republic of Latvia (2008 – 2013).
After completing the mission in Macedonia in the year 2019, he started to work in the Ministry of Foreign Affairs of Sweden.

Viktor Borecky — President of the Club, Embassy of Slovakia in Riga, the Head of Trading — the economic department, the first Secretary (2002-2004).
He is continuing professional diplomatic career – as the Director of the Department for Economic Cooperation of the Ministry of Foreign Affairs of Slovakia

Thomas Castrel — President of the Club, Economic and commercial Counselor to Lithuania, Latvia, Estonia for Flanders, Economic section of the Belgian embassy in Lithuania (2016 – 2020).
Present — General Representative of Flanders, Belgium in Poland, residing in Warsaw.

Igor Nazaruk — Counselor, Embassy of Belarus of Economic Affair in Latvia (2008-2011).
Ambassador of Belarus in Armenia (2015-2020). Present – Ministry of Foreign Affairs of Belarus. 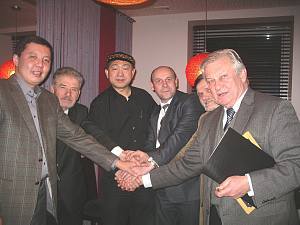 Igor Zaharciuc — First Secretary, Embassy of the Republic of Moldova to the Republic of Latvia (2009-2012)
Vice — President of Diplomatic Economic Club (2010-2012)
Present – serving in the diplomatic mission in Geneva

Andrey Kozlov — Second Secretary, Embassy of the Ukraine to the Republic of Latvia (2013 -2016).
Vice — President of Diplomatic Economic Club (2014-2016)
Present – Deputy of Head mission Embassy of Ukraine in the United Arab Emirates

Afzalhon Artikov — Ambassador of Uzbekistan to the Republic of Latvia (2012 — 2018)
Present — Head of the International Relations Department, Parliament of Uzbekistan

Members of the Diplomatic Economic Club are located more than in 35 countries. Networking and communication are strengthening friendship and understanding between different nations.